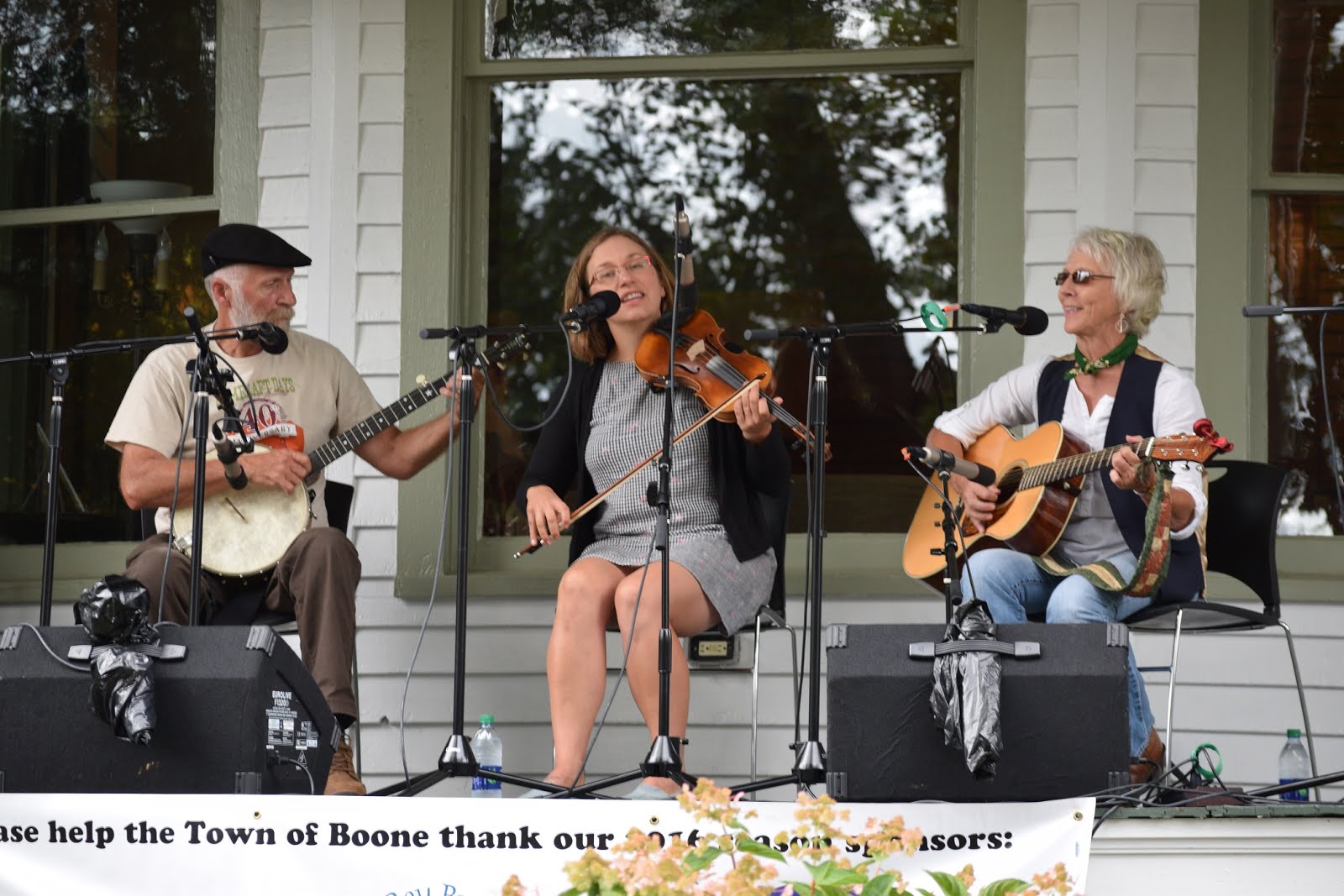 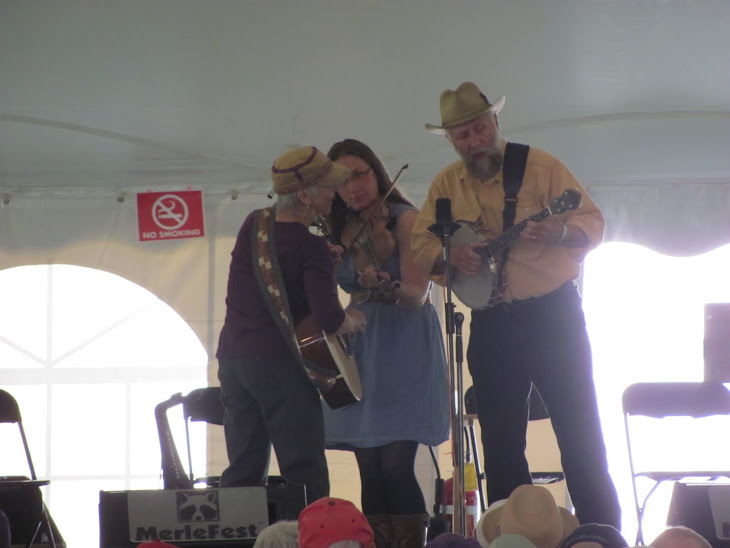 The Sheets Famiy Band is from western North Carolina. Celebrated for their harmony singing and energetic instrumentals, they embody the values of homemade and homegrown music and lifestyle. Their unique old time mountain style takes inspiration from the music of the Appalachian Mountains and beyond. You’ll hear a variety of lively fiddle tunes, songs from the area, rich in tradition, and original songs so honest and haunting that they evoke "the goose-bump effect" . Rooted in a belief that music is an essential part of life, they invite you to join them.

What are people saying about the Sheets Family Band

~"Their music truly sounds like it is coming from three people who have lived and grown together. It is honest pure and beautiful. " - Mark Freed, cultural resources coordinator, Boone, NC

~regarding their concert at Big Stone Gap "...you guys are great. You came out and let them have it with both barrels." - Tommy Bledsoe


~Everyone is talking about their concert in Big Stone Gap... they stole the show." Bill Smith


~The Sheets Family CD exemplifies family in many ways, from the wonderful mother-daughter harmony singing, original songs dealing with community, friends and changing times, and the husband-wife duets of old familiar songs from the southern mountains. This CD brings the Sheets family right to your living room. It has my wife and I tapping our toes and singing along, and it brings a smile to our three-month daughter when she is on the verge of fussing. -Mark Freed - folklorist -Watauga County - North Carolina

~Using the music of the Carter Family as a foundation, Randy, Deborah Jean and Kelly Sheets have their own unique sound. Their wholesome and powerful singing style evokes a distinct freshness - much like a Blue Ridge Mountain spring. -Dale Morris

Places we have played

The Birds Were Singing - 05

Here is a list of songs on our CD and where we learned them.
1. -Old Zeke Perkins- We learned this from Fields Ward - Grayson County, VA

2. -You’ve Been That Friend to Me-from the Carter Family - Deborah Jean used to sing this with Gay Gingrich, Ginny Tobiasson and Helen White.

3. -I See God in Everything- by EC and Orna Ball - two of our favorite musicians

6.-Wondrous Love- Jina Rosencrans helped us learn this - found the words in a book by Wayne Erbsen

8. -I Love You the Best of All- from the Louvin Brothers

11. -The Birds Were Singing of You- from AP Carter - Kay Justice suggested we do this for Debbie & Tim Yates’ wedding

13. -River of Jordan-by the Carter Family

14. -Last Song- by Julie Miller -one of our favorite contemporary singer/songwriters

"The Birds Were Singing of You", was reviewed in the April/May - 2006 edition of the OLD TIME HERALD - check it out.

The Birds Were Singing of You

Buy the CD "The Birds Were Singing of You"
through CD Baby - or County Records, Floyd, VA.

DJ, Randy and Kelly hamming it up at ETSU 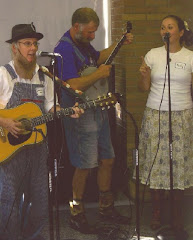 "It's Not About Me" featured on Women of Substance Radio 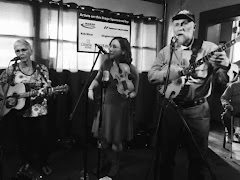 At Bristol Rhythm and Roots

Kelly and Deborah Jean went on a retreat together to South Holston Lake - spent the weekend writing songs and tunes. This is the first time we have done this. It was hard work, sometimes frustrating - but productive. We came home with two songs (not named yet) and three tunes - two in G and one in D, a waltz.
Thank you Rick Moore for making the arrangements and John Slagle for making it possible by providing us a cabin.

Kelly looking out over the lake - South Holston 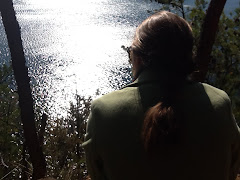 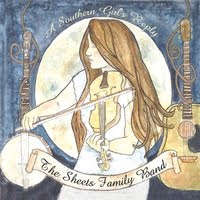 Listen to 2011 CD, the Sheets Family Band, "A Southern Girl's Reply" on CD Baby OR download

4. Hail Against the Barn Door

5. When I Get Home I'm Gonna Be Satisfied

9. Kissing is a Crime

11. This Little Light of Mine 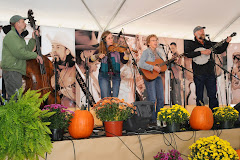 The Sheets family Band at the Blue Ridge Folklife Festival 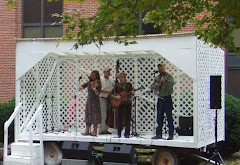 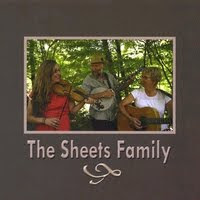 2. Keep on the Sunnyside - Carter Family

5. It's Not About Me - Deborah Jean Sheets

10. The Lion and the Lamb - Deborah Jean Sheets

11. Over in the Gloryland - hymn book

16. On the Rock Where Moses Stood - Carter Family

Deborah Jean, Kelly and Randy with Mike Gayheart at the Applalchian Musicfest 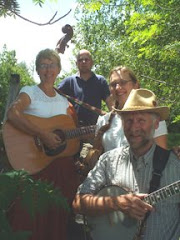 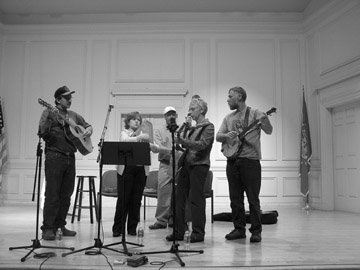 at the Library of Congress - Coolidge Auditorium 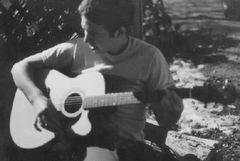 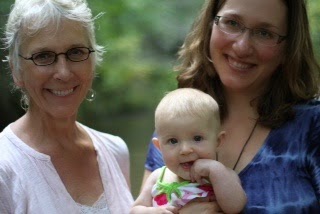